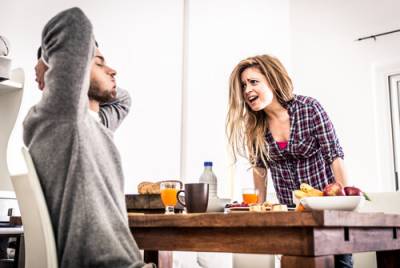 Divorce inevitably involves conflict. However, some divorce cases are extremely contentious. One of both parties may intentionally draw out the divorce process, refuse to compromise, lie about finances, or use unscrupulous tactics to get what they want. They may overreact to small issues or be completely unwilling to negotiate.

A "high-conflict partner" is someone who constantly blames others, fails to take responsibility for his or her actions, uses threats or manipulation to control others, and has extreme emotions. If this sounds like your spouse and you are planning to end your marriage, you may be facing a very challenging divorce. It is highly recommended that you work with an attorney who can provide the legal support you need and advocate on your behalf throughout the divorce.

Signs of a High Conflict Personality

If you are divorcing someone who meets some or all of the criteria listed above, your divorce may be more complex than the average divorce case. Alternative resolution methods like mediation may be unsuccessful. You may need to limit direct communication with your spouse and instead communicate through your respective attorneys. It is also important that you are prioritizing your own needs during this tumultuous time. Consider attending therapy or joining a support group. Practice self-compassion and self-care. It will not be easy, but with the right support system and legal help, you can get through a high-conflict divorce.

The St. Charles divorce attorneys at Shaw Family Law, P.C. are familiar with the difficulties and complexities a high-conflict spouse can bring about during divorce. We can protect your rights and provide the legal support you need. Call 630-584-5550 for a free consultation.

Can You Be Found in Contempt of Court for Failure to Comply with the Divorce Decree? 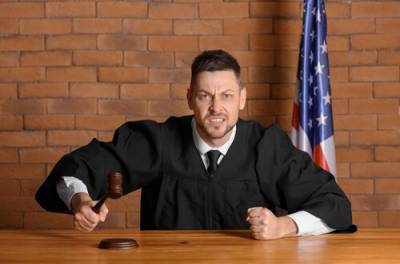 Failure to comply can result in civil contempt of court, a form of punishment for not following a court order. If you are found to be in contempt, there may be significant consequences, including fines or even jail time. This is meant to ensure that each spouse meets their legal obligations according to the court order.

Spouses who cannot meet their obligations should seek a modification through the appropriate administrative or judicial avenue. It may be possible to change a child support, spousal support, or child custody order. The worst thing a person can do is to simply fail to meet his or her obligation. Failure to comply with a court order can lead to being held in contempt of court. A spouse who does not pay support may also be subject to wage garnishment, property liens, bank account seizures, and other collection procedures.

In civil contempt proceedings, the judge will consider several factors, including the nature and severity of the violation, whether there was intentional disregard for the court's orders, and whether the party has a history of noncompliance. The judge will also look at any mitigating circumstances that may have caused the spouse to fail to comply with the divorce decree. If the judge finds that the spouse willfully violated the court order, then a finding of contempt may be made with consequences such as fines or jail time.

It is important for spouses to seek legal advice before attempting to modify their divorce decree, as there are strict procedures and deadlines associated with these actions. If these processes are not followed, it can lead to a finding of contempt. It is always better to seek legal counsel and modify the decree if you are having trouble complying with its terms, than to risk being found in contempt of court.

Getting Divorced When You Are a Stay-at-Home Mom 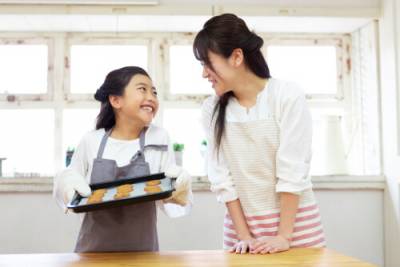 When you have dedicated most of your time to raising children, career advancement and financial security become less of a priority. Many stay-at-home parents rely on their spouse’s income to pay bills and cover everyday expenses. When divorce occurs, it can be difficult for a stay-at-home parent to adjust to life without this income.

Many stay-at-home parents also worry about how the divorce will affect their children. Will they be forced to move? Will the children need to change schools? Who will receive the majority of the parenting time and parental responsibilities after the split? These are just some of the many questions stay-at-home moms contend with during a divorce.

Divorcing parents are asked to create a parenting plan that describes each parent's decision-making authority and parenting time schedule. If the parents cannot reach a decision, the court decides on these issues.

Stay-at-home mothers are not guaranteed to receive custody of their children in Illinois divorces. The court considers the "best interests" of the child when deciding the allocation of parental responsibilities and parenting time arrangements. Factors such as the age of the child, the wishes of the parents, each parent’s relationship with the child, and other factors will be taken into consideration when making this determination. Because children spend so much time with stay-at-home parents, it is likely that a stay-at-home mother would be favored during any custody dispute. However, the situation is rarely this black and white.

The reality of the situation is that stay-at-home moms are often at a major financial disadvantage during a divorce. However, some may be entitled to spousal maintenance, also called alimony. Maintenance payments are based on a statutory formula that uses both parties' incomes. The duration of maintenance payments is usually based on the length of the marriage.

Do I Have to Take a Parenting Education Course for My Illinois Custody Case?

There is no denying that divorce is hard. Even the friendliest of divorces can have moments of tension and acrimony between the couple, never mind situations where the relationship is downright contentious. As difficult as it may be for a husband and wife who are ending their marriage, the impact of divorce on their children can be significant. The more difficult it is for a child to adjust to this major change in their lives, the more of a struggle they can have in other areas of their life, including school, with friends, and extracurricular activities.

This is why it is critical for divorced parents to put aside their differences and make a genuine effort to co-parent cohesively. It is also why Illinois requires all divorcing parents to participate in a certified parenting education program.

In Illinois, parents who are involved in any type of child custody case (referred to as the allocation of parental responsibilities and parenting time under Illinois law) are required to take a parenting education course, unless they can show a good reason not to. The purpose of these programs is to educate parents on communication skills and working together to co-parent post-divorce. Both parents are required to take the course – although they are not allowed to take the course together or with the child.

The course requirements and costs depend on the county the court hearing the custody case is located in:

If you are ending your marriage and need to work out a custody and parenting time plan, contact a St. Charles, IL child custody lawyer to find out what legal options may be available to you. Call Shaw Sanders, P.C. at 630-584-5550 to schedule a free and confidential schedule.

Do You Really Want the Family Home in Your Illinois Divorce? 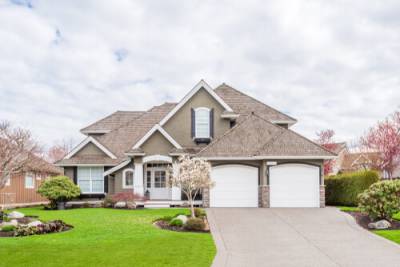 One of the most common issues in divorce cases is the family home. For many couples, their home is often the largest asset of their marital estate and becomes a central focus in asset and property division. Along with the financial aspect of the family home, there are also emotional attachments that may exist that can make it harder to give up. Although a spouse may want to keep the family home as part of their share of the marital estate, there are several factors that should be considered when weighing the options.

One of the main factors to consider when it comes to keeping the family home is the expense. Illinois uses the equitable distribution method for dividing assets in a divorce. This means that if one spouse is awarded the family home, they will either have to buy the other spouse out of the home or give up their share of other assets that have an equitable value as the home. Either way, the spouse who decides to keep the home is usually left with less cash on hand than the other spouse.

Without cash reserves, as well as going from a two-income household to a one-income household, the spouse keeping the home may find it difficult to keep up with all of the home’s expenses. Homeownership typically involves a mortgage, property taxes, insurance, repairs, utilities, and other assorted costs. Before making the decision of keeping the family home, it is important to consider all of these factors and how these expenses will affect your future.

Many people do decide that there are other important benefits of keeping the family home that outweigh the financial factor. One of the biggest benefits is the stability that staying in the family home provides the couple’s children. Many children are emotionally overwhelmed when their parents go through a divorce and unsure of what their future will look like. Knowing they will still live in the same home, go to the same school, and be near their friends can help a child adjust to the divorce and other changes that divorce brings.

If you have decided to end your marriage, you want to make sure that whatever assets you end up with in the final divorce settlement will provide you with a solid financial foundation for your new life. A St. Charles, IL property division lawyer can evaluate your situation and provide legal guidance on what type of asset distribution will be in your best interest. Call Shaw Sanders, P.C. at 630-584-5550 to schedule a free and confidential consultation.