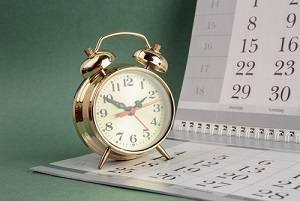 Breaking up is always hard to do, no matter what time of year it may be. New studies from the University of Washington have recently revealed trends that show seasonal patterns in divorce rates. While some spouses decide to call it quits from the moment they agree their marriage is over, others decide to hold out in the hopes that maybe, with a little more effort - or more time - the marriage can potentially be salvaged before it’s too late.

Here is a snapshot of some common divorce trends that revolve around specific times of year:

Holidays are a big factor.

According to the data compiled by the University of Washington between November 2001 and December 2015, there are significant dips in divorce filings around the holidays, indicating that there is a good chance most couples prefer to announce their separation after the holidays have passed. This may especially be the case when children are involved. Co-author of this UW study, Associate Professor of Sociology, Julie Brines, believes some couples may choose to wait until after the holidays to file due to high expectations, fueled by the hope that things will get better during the holiday season. No one likes to drop the bad news as the holidays are approaching, after all.

Couples wait until after summer vacation to file.

Similar to the speculation surrounding why couples decide to wait until after the holidays to file, studies have shown that many spouses also put the brakes on filing until they return from their summer vacations. There are two primary theories here: One, that some couples may not want to ruin a much-anticipated family vacation, and two, that some couples hope going on the trip will somehow save their marriage. The notion of quality time, memories of past happy family experiences, and escape from the bubbling conflict in the household all create an appealing portrait of couples on the brink of separation.

With the uncovering of these trends, it’s not surprising that the months of March and August were found to be the most popular months for divorce out of the entire calendar year. Interestingly enough, online searches for the terms “divorce” and “child custody” spike early in the year, hitting a record high during the month of March. The peak filing time in March seems to indicate that couples schedule their divorces around winter holidays and Valentine’s Day, while the peak period in August suggests that those summer vacations really do play a big role in a couple’s decision to call it quits.

While these recent findings demonstrate seasonal patterns in divorce filings, the end of a marriage can reveal itself at any time, leaving couples blindsided by the harsh reality that their relationship has taken a turn for the worst. No matter where you fall on the divorce scale, you need to speak with a qualified Kane County divorce attorney the moment you initiate the separation process. Divorce can be hard on the whole family, but you do not have to navigate the experience alone. Call Shaw Family Law, P.C. today at 630-584-5550 for a personal consultation.