Gifts and Asset Transfers During Divorce in Illinois

Posted on December 06, 2022 in Property Division 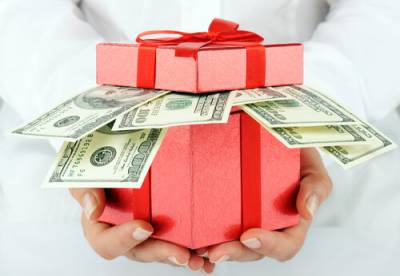 When a couple gets married, their financial lives become intertwined. Untangling the spouses’ finances is a major aspect of the divorce process. Marital property, which is jointly owned by both spouses, must be distinguished from non-marital property, which is owned by only one spouse. Any assets and debts included in the marital estate will need to be valued and divided between the spouses. Divorcing spouses can negotiate their own property division agreement, or, if no agreement can be reached, the court will determine how to divide property.

Dissipation of assets may even involve gifts to a child. Consider the following example: A divorcing father has children from a previous marriage. One of his children from the previous marriage turns 16 years old and he buys her a car. If marital funds were used to buy the car, the marriage was undergoing a breakdown, and the gift was not approved of by his current wife, the wife could potentially have a valid dissipation claim.

How Are Pension Accounts Divided in an Illinois Divorce?

Posted on November 21, 2022 in Property Division 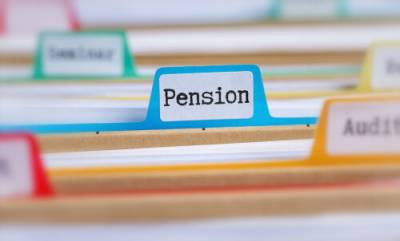 For many married couples, planning for the future includes saving money for retirement. This can include 401(k) accounts and pension plans. And just like other assets, should a couple of divorce, any retirement funds they have are often deemed part of the marital estate that must be divided equitably between the two. Unlike other assets, however, dividing pension accounts can be more complex.

There are two things that need to be considered when determining the value of a pension in order to determine how it should be divided in the divorce. The first issue the court must decide is whether or not the pension is, in fact, marital property. In most situations, the value of the pension that was accrued during the marriage is considered marital property, while the value of any portion of the pension that was accrued prior to the marriage is considered separate property. There are situations where the judge may determine that all the pension funds have been commingled and are therefore all part of the marital estate.

The second issue the court will consider is what type of pension plan it is. One type of pension plan is referred to as a defined contribution. This is where a specific amount is deducted from the employee’s paycheck each pay period, such as a 401(k) plan or profit-sharing plan. Since these plans have a specific dollar amount, they are fairly easy to value for the purpose of dividing assets.

The second type of pension plan is referred to as defined benefit. These types of plans are funded by the employers and payouts are calculated with a formula that uses the employee’s age, salary, and how long they worked for the company. These types of plans usually require a financial professional to determine the pension’s value for the purpose of the division of assets.

Once the court has determined the value of the pension and how it will be divided between the couple, it will be necessary to submit a Qualified Domestic Relations Order (QDRO) in order to establish one spouse as an alternate payee who is entitled to receive a share of the other spouse’s pension.

Separate, Marital, and Commingled Property in an Illinois Divorce

Posted on October 06, 2022 in Property Division

When a married couple decides to end their marriage, one of the decisions that will have to be made is how their assets and property will be divided. Illinois is an equitable division state, which means that all the couple’s assets will be distributed equitably and fairly, which may not necessarily mean equal. In order to successfully and fairly negotiate a divorce settlement, it is important to understand the different types of assets and property you and your spouse may have.

Marital property is that which the spouses acquired during the marriage. These are the assets that are included in the final divorce settlement and generally include:

While separate property and marital property may seem fairly cut and dry, there are many situations where the lines blur – especially if the couple has commingled assets, which essentially means a combining of assets.

For example, in a situation where one spouse owned a home prior to marriage and that is where the couple lived during the marriage, there is a high chance of commingling assets if marital funds were used to pay the mortgage, make improvements, and pay other expenses that all result in an increase in the value of the home. Although the home itself would remain the owner spouse’s property in a divorce, the other spouse could be entitled to a share of the increased equity that has built up in the property during the marriage.

I Think My Spouse Is Hiding Assets in Our Divorce. What Should I Do?

Posted on September 21, 2022 in Property Division 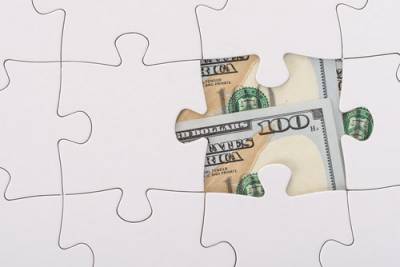 In Illinois and across the nation, a divorce can have significant financial ramifications for all parties involved, depending on how both parties’ assets are divided. To gain the economic upper hand over their spouse, individuals may attempt to hide portions of their assets to keep money and other resources from being allocated to their partner during the divorce proceedings. If you believe your spouse may be hiding assets, consider hiring a knowledgeable divorce attorney with experience uncovering hidden assets.

How Can Assets Be Hidden?

In the state of Illinois, the law states that marital assets are eligible to be fairly distributed in divorce proceedings. However, this is only if the assets have not already been addressed by a valid prenuptial or postnuptial agreement. To secure a more significant percentage of the estate, a spouse may try to hide certain resources or revenue streams. The hiding of assets can take place before or during the divorce proceedings.

A spouse can attempt to hide assets from their partner in several ways. Some of these ways include:

How Can Hidden Assets Be Uncovered?

There are three primary options an individual can pursue to account for the assets in their marriage accurately. It is essential to remember that gaining an accurate representation of the marital assets will allow for a fairer distribution of all assets involved in the divorce. Your three options are as follows:

Divorce can be incredibly stressful, especially when it comes to handling marital assets. To weigh your options, contact an experienced Kane County divorce lawyer to advocate on your behalf while ensuring your rights stay protected. Call 630-584-5550 to schedule a free and private consultation at Shaw Sanders, P.C. today.

What Is a Postnuptial Agreement?

Posted on September 30, 2021 in Property Division 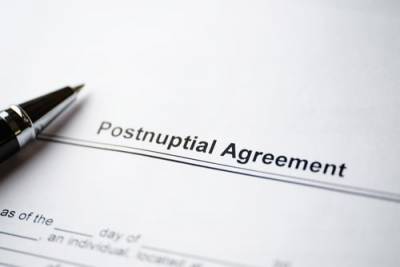 Why Get a Postnuptial Agreement if We Are Already Married?

Couples may seek a prenuptial agreement for many reasons, but some of the most common include:

What Can a Postnuptial Agreement Include?

Many of the things couples choose to include in their postnuptial agreement are related to the above situations. Other possible provisions include:

A postnuptial agreement cannot address issues related to child support and child custody. These can only be addressed during a divorce or separation with the approval of an Illinois court.