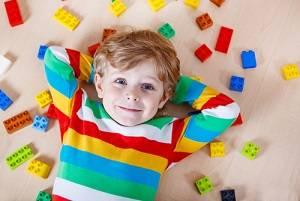 Navigating the adjustment period after a divorce is a challenge for everyone at the end of a marriage. Depending on the level of tension and conflict in the relationship, the final unraveling of the union has the potential to wreak a significant amount of emotional damage on each party, and it is only natural for even the most peaceful splits to leave some sort of emotional scarring by the time the divorce is official.

The psychological effects of divorce are just as impactful for children, and in some cases, even more so. This is due in part to the critical developmental periods children go through, such as the early teen years, when their minds and bodies are changing rapidly and drastically. The American Psychological Association reports research that indicates children from divorce tend to experience less financial security and have lower academic achievement, tend to drink and smoke more, and have a harder time finding and keeping jobs.

Factors that Play a Role in Healthy Adjustment

Despite these common negative post-divorce effects, studies reported by the APA still show that resilience, rather than dysfunction, is often the outcome for many children of divorce. There are a number of factors that play a role in promoting healthy post-divorce adjustment. The APA reveals that the following key factors are particularly influential:

Those growing up in low-conflict households following divorce typically have less emotional and behavioral problems. This is where a solid parenting plan with considerate custody arrangements come in. The greater the effort from both parents to cooperate and work together to create a parenting plan that serves the child’s best interests, the lower the amount of conflict. The less a child witnesses conflict between parents following the divorce, the better chance they have at bouncing back emotionally.

Research shows that when parents assist their children with homework, exercise good listening skills, and provide adequate emotional support after the divorce, the better the children adjust. Positive custody arrangements that allow kids to see both parents help contribute to their overall wellbeing and satisfaction after the split. This means time with the non-custodial parent should be a priority, and that the time spent with both parents should be of high quality.

The more balanced your parenting is after the divorce, the better your child will adjust as time goes on. This means remaining authoritative and assuming a disciplinary role with your child, while at the same time maintaining age-appropriate expectations. Research has found that one of the very best indicators of a child’s ability to adjust following a divorce is the parents’ psychological health, so it is important to establish healthy personal and parent-to-child boundaries early on.

If you are looking to execute your divorce as smoothly as possible for the sake of everyone involved, including your children, consider speaking with a skilled Kane County divorce attorney today for guidance. Call Shaw Sanders, P.C., P.C at 630-584-5550 for a personal consultation.