Surprising Factors that Increase Your Chance of Divorce 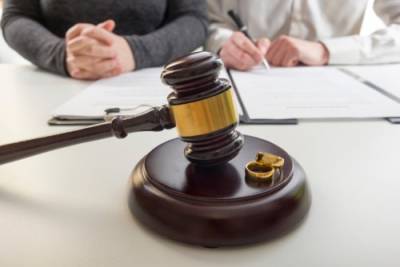 Some divorce factors are obvious, like high levels of conflict and disparate drinking habits between a couple. But there are many other factors that can predict a couple’s likelihood of divorce, some of which are not quite obvious and can even be surprising or counterintuitive. Below are four surprising factors that can influence whether a couple’s marriage will end in divorce.

The State Where You Live

How Much You Spent on Your Wedding

Daughters are linked with divorce, particularly when a couple’s daughter is their first child. There are a few theories as to why having a firstborn daughter increases a couple’s chance of divorcing, one of which is that fathers feel a greater responsibility to stay married and see their sons every day and another of which is that women in unhealthy marriages are more likely to leave them to avoid modeling unhealthy relationships for their daughters.

A prevailing theory about the link between a child’s gender and his or her parents’ likelihood of divorce is that girls do not cause their parents to divorce, but that girls are more likely to be born into strained marriages. This theory posits that due to the female survival advantage, female fetuses survive stressful pregnancies that kill male fetuses.

Other jobs have lower divorce rates than the average population. These include:

No matter which ways you were statistically poised to divorce, if you have determined that your marriage is over, it is time to speak with an experienced Kane County divorce lawyer about the process of legally ending your marriage. Contact Shaw Sanders, P.C. today to set up your initial legal consultation in our office. You can reach us by calling 630-584-5550 today.