Why Second Marriages Have Higher Risk of Divorce 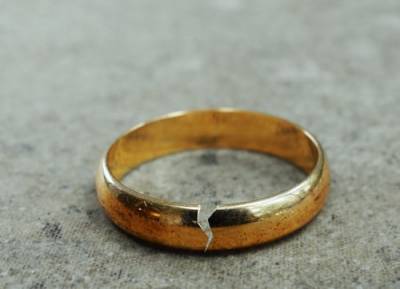 Statistically, an individual’s second or subsequent marriage is more likely to end in divorce than his or her first marriage. There are a few reasons for this. Although every marriage and by extension, every divorce, is unique, the same patterns and conflict sources tend to appear in second and later marriages across demographic groups.

It is not impossible to have a lasting second or subsequent marriage, but it does often take more work than a first marriage requires. Below are three common issues that drive remarried couples to divorce.

Marriages end for a lot of reasons. A few common reasons include:

Sometimes, a marriage ends primarily because of one partner’s behavior, like prioritizing his or her career over the family or behaving in a controlling manner toward his or her spouse. In other cases, a marriage breaks down because of actions on both partners’ parts. In any case, an individual who does not take the time to truly change his or her behaviors and thought patterns that led to the breakdown of his or her first marriage will likely repeat these patterns in a later marriage. This, coupled with a more dismal view of marriage and relationships that one can develop after a divorce, often spells trouble for second and subsequent marriages.

Meshing Families Is Stressful for All Parties Involved

When one partner enters a new marriage with children from a previous marriage, he or she nearly always brings a child support order and a parenting plan, which mean continuing contact with his or her former partner. When both spouses have children from previous relationships, this issue is doubled as the spouses work to merge their parenting styles and household rules and routines into a new family.

When an individual faces difficulties in his or her first marriage, the thought of getting divorced can be terrifying. An individual in this position might seek marital counseling or try other ways to resolve the conflicts in the marriage to avoid divorce. To an individual who has been divorced before, the thought of ending a marriage is less daunting. He or she knows what to expect from the divorce process and if he or she tried to save the first marriage before choosing to end it, might be less optimistic about saving the second marriage from divorce.

Whether you are facing your first or fifth divorce, it is important that you work with an experienced Kane County divorce lawyer who can act as your guide and advocate. Contact our team at Shaw Sanders, P.C. today to set up your initial consultation in our office. We can answer your questions and help you prepare for your upcoming divorce, no matter what issues you are facing. Reach out to us today at 630-584-5550 for help.