How Can I Prove Paternity in Kane County if My Child’s Father Will Not Cooperate? 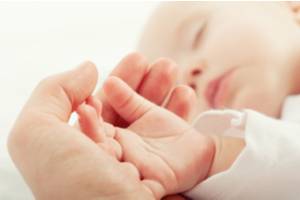 Dealing with the issue of paternity is often stressful for men and women alike. Mothers need financial support from a child’s father and often struggle to get it; men, who may be unsure whether they are a child’s father or who may not want a child at all, are often resistant to submit to paternity testing.

While both parties may believe they are equally justified in their feelings and actions, Illinois law requires both parents to financially support their children, even if they do not want to be involved in the child’s life. This means that men who are the biological father of a child can be legally compelled to submit to court-ordered paternity tests and provide child support.

There are several ways to establish paternity in Illinois. If both parents agree that a man is the child’s father, they may sign a Voluntary Acknowledgement of Paternity form (also known as a VAP). This form is often signed at a hospital after a child is born, although it can be signed later as well.

Another way to establish paternity is through an Administrative Paternity Order. This is an order from the Illinois Department of Healthcare and Family Services (HFS). HFS can require mandatory DNA testing to prove that a man is a child’s father. However, HFS can also determine paternity even without a genetic test, so a man may be deemed a child’s father and ordered to pay child support even if he tries to dodge a genetic test.

Courts can also issue a Judicial Paternity Order, which comes directly from a judge. Judges can also require a man to take a DNA test. Such an order is not optional - if a man tries to avoid the court order, he can be held in contempt of court and may be subject to fines and other punishments that can become progressively more serious the longer he avoids taking the test.

For mothers who need help establishing paternity, having a paternity lawyer with experience in navigating Illinois bureaucracy may help speed up the process and get much-needed financial support faster and more efficiently.

Establishing paternity is important for many reasons and an experienced Kane County paternity lawyer with Shaw Sanders, P.C. can help. We will explore all legal avenues to make sure your child has access to the financial support he or she needs throughout childhood. Call us now at 630-584-5550 and schedule your free case review.