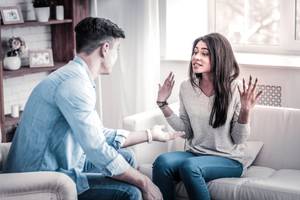 Until fairly recently, the vast majority of men and women entered into heterosexual marriages at a young age and stayed married to one person for the rest of their lives. However, with the advent of no-fault divorce, over the last 50 years and particularly over the last 20 years, societal expectations of what is considered marriage have expanded and far fewer people are even getting married to begin with.

Although marriage rates may be declining, people are still engaging in relationships just as they always have. Yet when relationships are not formalized as marriages, leaving the relationship can get complicated because couples do not always know how to protect their interests while breaking up. Here are three non-marital relationships and how they end in Illinois.

Couples can no longer enter into civil unions in Illinois. However, there are still many couples who are in civil unions who eventually decide to separate. Civil unions dissolve much the same way that marriages do; couples have property rights and must divide their marital assets and debts. Likewise, prenuptial and postnuptial agreements for civil unions are enforceable as long as they are legally sound.

More and more couples are choosing to cohabitate rather than get married. A cohabitating couple’s commitment may be no less serious than a married couple, but, unfortunately, cohabitating couples do not share any of the property protections that married couples have. Although some couples create cohabitation agreements, there is some question about whether these agreements are enforceable, as the Illinois Supreme Court has decided that Illinois gives preference to marital contracts and can strike down workarounds like cohabitation agreements. Couples who own property together but cannot agree on how to divide it will need to address their disagreements in civil court.

Although non-marital relationships work best for many couples, they can leave partners with many questions when these relationships end. To get answers to your questions and find out what rights you may have, schedule a consultation with an experienced Kane County civil union dissolution attorney at Shaw Sanders, P.C.. We have helped many couples break up and move on with their lives, and we are ready to help you, too. Call us now at 630-584-5550.