Why Does Paternity Matter? 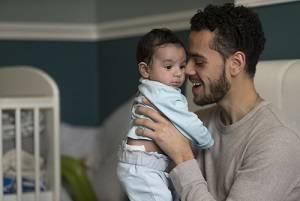 You may have heard the term parentage used to discuss laws that concern parenting in the world of family law. Parentage laws are also known as paternity laws, and they have continued to evolve in the state of Illinois in order to more accurately reflect and meet the needs of diverse families.

Although the laws change, their purpose and the concept behind them remains the same: Paternity laws exist to govern and protect parents and their rights, as well as the rights of the children and family as a whole. Some issues that Illinois parentage laws touch on include the following:

Paternity Protects the Child and Parent

The paternity laws the state has in place are there to protect the best interest of the child and the parent. Paternity is a word used to describe a legal relationship between a father and his child. When two parents are unmarried and a child is conceived between the two of them, this sometimes leads to various disputes once they decide to separate or marry someone else. If paternity is not properly established, the rights of the father and the child are at stake. Without legal paternity establishment, the following issues arise:

Establishing paternity is typically a judicial court process and can involve a genetic test that is used to determine the biological father’s identity. DNA swabs of the alleged father’s cheek are very reliable in terms of confirming paternity. If a man is found to have a DNA match during testing, he is presumed to be the father under Illinois law.

Declaring paternity of your child can be a simple process, especially when working with a knowledgeable Kane County family law attorney. Your attorney can work with you and the state to secure the legal relationship between father and child and can answer any questions you might have. Whether you are unsure who the father is or you simply need guidance understanding the paternity process, call Shaw Sanders, P.C. today at 630-584-5550 for a free consultation today.