When Can a Stepparent Adopt a Stepchild?

Posted on October 23, 2019 in Child Custody / Allocation of Parental Responsibilities 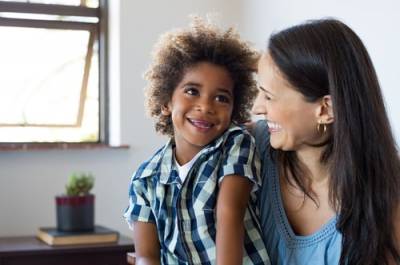 A child’s well-being should be the top priority for parents going through a divorce. They should want their child to have everything they need throughout the stages of their life. However, often one parent can be substandard in their compliance with the parenting plan agreed upon with their former partner.

After a while of trying to get a co-parent to show up for visitations, send support payments, or just call to talk to a child, they may give up and choose to have a new partner - the child’s stepparent - adopt the little one.

Stepparents adopting their stepchild is not uncommon especially when a biological parent:

Being married to the primary decision-maker of the child can give a step-parent some rights, but they are still limited in their own decision-making because there is no biological relationship to the child. If an adoption occurs, the stepparent can then be included in major life choices for the minor including school plans, financial responsibility, and medical procedures.

Each state has a different process when a step-parent wants to adopt a stepchild. Also, each case is sensitive to each particular family since everyone has a different situation they are living through. The state of Illinois requires a step-parent to be a resident of the state for six months before filing for adoption. This is because the adoption will go through a family court locally so no one needs to travel for any reason. After that, the process should take three months to complete.

Consent of the biological parent is also needed before an adoption can continue through the process. There are certain exceptions:

Abandonment is specified in Illinois as the parent not having any physical contact with the child for at least 12 months.

Children older than 14 years may also give their consent to be adopted by their step-parent by signing the appropriate paperwork. This decision will be made for any child under 14 years old by their primary caregiver.

Once all the paperwork has been completed and submitted to a family court judge, there may or may not be a preliminary hearing in which all parties involved in the adoption will be interviewed by the judge in charge of the case.

Most stepparent adoptions do not have a preliminary hearing, but they do however require social worker visits to the household before the final hearing to deliver the new adoption certificate. At this time, the certificate will be signed and a new birth certificate will be issued with the child’s new name and new parent.

Parents are encouraged to hire a lawyer when putting together their forms for a stepparent adoption. This way, they know everything is being done according to Illinois state law. A lawyer from Shaw Sanders, P.C. can take a parent step by step through the adoption process and make sure the best outcome is reached. To schedule a free consultation with a Kane County adoption lawyer, call 630-584-5550.