What Is an Annulment and What Are the Benefits? 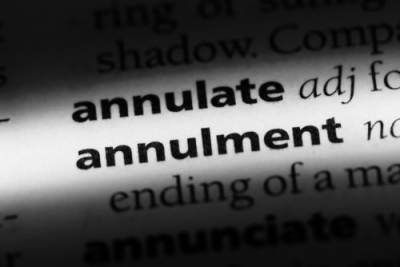 When a couple realizes their marriage is coming to an end, many spouses decide to separate for a period of time before filing for divorce. This has become a social norm and many couples do not even think about getting their marriage annulled. Not only does an annulment mark the end of a marriage, but it also states that the legal union never existed. Annulments are most commonly sought out for religious reasons. For instance, the Catholic church views divorce in a negative light thus requiring its members to obtain an annulment before they are allowed to remarry in the “eyes of the church”. Annulments may be most common for spiritual individuals; however, some decide an annulment is best based on the benefits it provides each former spouse. Continue reading to learn about the details and benefits of annulments.

Eligibility for an Annulment

A couple must meet the following requirements to qualify for an annulment:

Benefits of an Annulment

There are various benefits of an annulment that extend past religious acceptance.

Whether a couple is filing for an annulment for religious reasons or for personal reasons, it is crucial that you seek out an attorney who is experienced in this particular area of family law. Divorce and annulments are two very different legal processes that should be dealt with as such. If you would like to get your marriage annulled, contact our St. Charles, Illinois family law attorneys at 630-584-5550 for assistance.