Posted on September 10, 2018 in Child Custody / Allocation of Parental Responsibilities 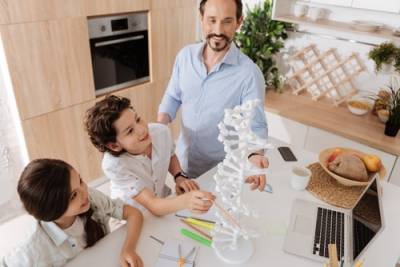 In the past, mothers have had the power in the custody courtroom. The mother is often given custody as a result of female stereotypes and age-old parental roles. She is seen as nurturing, selfless, and “the primary parent” whereas fathers can be seen as careless and unfit to care for a child on his own. Though times have changed and these parental stereotypes have been proven inaccurate, fathers continue to fall short in the courtroom.

Joint custody is the most common decision made because it is thought that a child should be raised by both of his/her parents. Joint custody may allow for both parents to be in the child’s life, but not necessarily in equal amounts. Illinois ranks in the bottom five states for the amount of custody time allotted to fathers. These children only spend an average of 23.1 percent of their time each year with their dad, giving the mother the other 3/4 of their time. The United States may be moving towards eliminating gender bias; however, the state of Illinois is in 47th place in the U.S. for the amount of custody time fathers are provided.

Though joint custody is often best for the child, not all situations allow for this to happen. Extenuating circumstances force judges to choose one parent over the other, leading to the impossible choice of giving full custody to one parent. According to the 2016 U.S. Census Report, fathers only win primary custody 17.5 percent of the time. Laws may have been passed stating that there is no custody preference for women over men, but the data shows otherwise.

There is ample evidence stating the benefits of a father-figure in a child’s life. Whether you are trying to win joint custody or primary custody, follow these tips to ensure your success:

Custody battles can be stressful and frustrating, especially when dealing with an ex-spouse. Our Kane County family law attorney has experience fighting for custody in courtrooms throughout Illinois. For legal guidance call Shaw Sanders, P.C. at 630-584-5550 today to receive your free consultation.