Which Spouse Is Responsible for Paying Credit Card Debt After an Illinois Divorce?

Posted on October 08, 2020 in Property Division 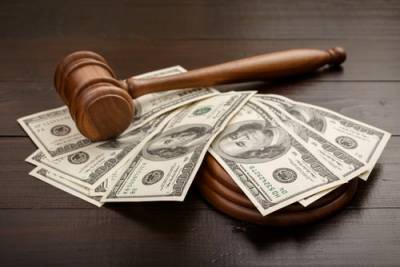 When “yours” and “mine” becomes “ours” in a marriage, undoing this financial entanglement through divorce can be quite complex. If you are planning to divorce and you or your spouse have significant credit card debt, you may be wondering who will be responsible for paying this debt. Depending on the circumstances under which credit card debt was accumulated and used, it is very possible that both spouses will be responsible for repayment.

Who Pays the Credit Card Balance?

Illinois courts divide marital property equitably but not necessarily evenly. Marital property refers to the assets and debt acquired during the marriage by either spouse. Save for certain inheritances and gifts, any property or debt obtained while the spouses are married is included in the marital estate. Property accumulated before the marriage is typically classified as nonmarital property and is assigned to the original owner. This means that typically, spouses are not jointly responsible for credit cards that were opened before the marriage and are in only one spouse’s name. However, spouses may be liable for credit card debts that were accumulated during the marriage – even if only one of the spouses made the credit card purchases. A spouse may not even become aware of credit card debt until he or she begins to examine financial documents in preparation for divorce. This is one reason that taking a full inventory of your property and debts during divorce is so crucial.

How Should Joint Debt Be Dealt With?

Credit card companies do not take marital status into consideration when collecting debt repayment. This means that if your spouse is responsible for making payments and fails to do so, you could be pursued by creditors. Many experts suggest paying off debt prior to filing for divorce, however, this is not always feasible. Another option is to use marital funds to pay off marital debt during the divorce. These funds may be from a savings account, the proceeds from the sale of your home, or another source. You may also want to consider negotiating a settlement in which you take responsibility for the joint debt and are awarded other marital assets in exchange. This helps you avoid having to trust your soon-to-be ex-spouse to continue making payments on the debt after the divorce is complete.

The division of marital property and debt can be a complicated and contentious issue during divorce. For dependable legal guidance regarding these and other divorce issues, contact Shaw Family Law. Call our office at 630-584-5550 today and schedule a confidential case consultation with one of our Kane County divorce attorneys today.

How Is Debt Divided in an Illinois Divorce? 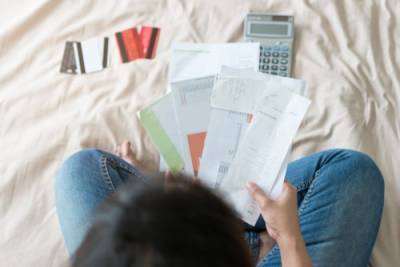 Multiple studies show that disagreements about finances are the top predictor of divorce. Finding a way to manage money in a way that meets the needs of each spouse in a marriage can be extremely difficult. This is especially true if one spouse is more of a spendthrift and the other spouse considers saving money a greater priority. If you are getting a divorce, you may be concerned about how you and your spouse’s debts will be divided. The division of property and debt is often one of the most complicated and contentious aspects of a divorce. Finding a fair way to allocate property and debt often requires help from an experienced divorce lawyer.

In Illinois, only the marital estate is divided during divorce. The marital estate includes all of the marital debt and property acquired during the course of the marriage. Property and debt which was acquired before the couple was married is typically not divided and is instead assigned to the original owner. If your spouse had incurred a great deal of credit card debt before you were married, you are not responsible for repaying the debt. However, if your spouse took out a car loan during the marriage, you may still be on the hook for this debt even if you did not drive the car. If you and your spouse had previously signed a valid prenuptial agreement that allocates debt and property in the event of divorce, the terms of this agreement are followed.

Differentiating between marital and separate debt is not always straightforward. In the case of student loans, educational debt incurred before the marriage took place is typically considered nonmarital property. However, this is not always the case. Illinois courts consider several factors when determining whether or not educational debts are considered part of the marital estate. These factors include but are not limited to:

If the student loans are considered part of the marital estate, they are subject to division according to the rules of equitable distribution. This means that the debt is divided equitably, or fairly, based on each spouse’s income and assets, the duration of the marriage, each spouse’s earning capacity, and many other factors.

Illinois courts use a property division method called equitable distribution to divide debt and property fairly. However, the courts have discretion to deviate from this method in certain circumstances. A Kane County divorce attorney from Shaw Family Law, P.C will protect your rights and advocate on your behalf during property and debt division. Call our office at 630-584-5550 for a free consultation to learn more about how we can help you achieve a fair divorce settlement. 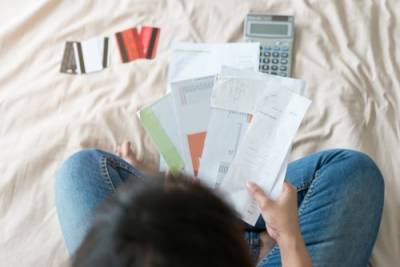 Most couples have some form of debt that they have incurred over the years, especially if they have been together for a long period of time. You buy expensive things, put it on the credit card, and worry about it when the bill comes in. This usually only becomes an issue if the couple cannot find the means to pay off the debt when it is due or if the couple decides they are filing for divorce. Continue reading to learn what to do if you are filing for divorce and have incurred a significant amount of debt throughout your marriage.

Dividing Debt when Going Through Divorce

Most married couples sign credit cards and make large purchases together. While this is convenient throughout the marriage, it also makes it much easier to incur debt jointly. “Joint debt” does not necessarily mean that all of the purchases were made together, it just means that they were made on a joint account. This is important to note if you are considering getting a divorce. In the eyes of the bank and court, all purchases made on joint accounts are liable by both parties. Banks do not change their policies based on a couple’s marital status, thus they can and will come after you if your spouse is not paying off the debt and vice versa.

There are ways to avoid being on the hook for purchases made by your spouse that were not under your approval. Noting which purchases are yours and which are not is a good start to officiating which debt is yours. Providing your attorney and/or financial planner with this information is one of the first steps in trying to unravel the debt that you and your spouse are tangled in. The best way to avoid financial issues after your divorce is finalized is to pay off your debts before your divorce is official. Whether you and your spouse divide it personally or need legal assistance to do so, paying off this debt is the best way to avoid any problems throughout the divorce process.

There is a loophole that many couples do not realize exists. If the card is under the name of one spouse and the other spouse is just listed as an additional cardholder rather than a co-signer, the debt will be solely on the one spouse. The best way to ensure that your debt is your own is to cancel all joint cards and sign them solely under your own name. This is the only way to be sure that your spouse will not run up your debt and card throughout and after your divorce.

Proving that debt on joint cards is not your own is almost impossible without experienced legal help on your side. Attorneys can offer you a variety of different solutions to avoid being on the hook for your ex’s debt. If you are considering filing for divorce and have incurred debt throughout your marriage, contact our St. Charles, IL divorce attorneys at 630-584-5550 for a free consultation.

How Are Marital Debts Divided in a Divorce?

Posted on February 07, 2018 in Property Division 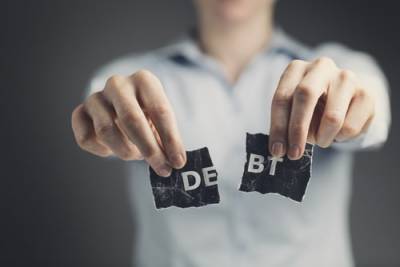 In a divorce, the couple’s marital assets are not the only thing that has to be divided. Their marital debts, too, must be divided according to the doctrine of equitable distribution. Just like marital assets, most debts accrued during a couple’s marriage are considered to be property of both parties. In a divorce, the court consider a variety of factors, such as each partner’s income and contributions to the marriage, to determine an appropriate way to divide these debts.

Marital debt can include:

Dividing Debt According to Equitable Distribution

Even if a specific debt was accrued primarily for one partner’s benefit, such as medical bills for one spouse’s treatment or student debt for his or her degree, both partners are liable for it during and after their divorce.