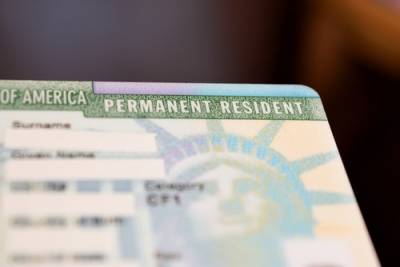 In the wake of recent political upheavals, it is becoming common to encounter instances when family law questions and concerns acquire an immigration element. Many U.S. citizens hold dual citizenship or are married to foreign nationals. Their children may also be dual citizens. Given that many issues seem to be unsettled, in terms of the new administration’s policies, it is important to be able to react to ensure your family is protected.

In theory, immigration law is meant to promote the idea of family unity, but in practice, U.S. immigration law can often separate families of different citizenship. Federal immigration law controls where it exists, but there are many loopholes most often filled by imperfect or inexact state laws that are applied unevenly. For example, a battered spouse may apply under immigration laws to obtain a U visa or status under the Violence Against Women Act (VAWA), but it is state family courts and family law that govern domestic violence cases.

One does not necessarily have to prove citizenship in any country in order to avail oneself of the courts in Illinois; however, one must prove state residency to be able to dispute certain issues such as parenting time or spousal support. Without proof of state residency, Illinois courts have no jurisdiction to enforce orders regarding these issues. Marriage may also be a question, especially in the context of VAWA claims or allegations of fraud.

The most common issues dealt with at the intersection of family and immigration law have to do with divorce and child custody. Divorce problems may occur with marriages involving one foreign national, especially if the marriage is less than two years old. Normally, when a foreign spouse or fiance enters the country, they are granted conditional permanent residence, mostly so United States Citizenship & Immigration Services (USCIS) can investigate whether the marriage is accurate without having to detain them for years. If you divorce before the two years are up, your foreign spouse has no further legal justification to remain in the U.S., which may result in their removal if steps are not taken.

Child custody issues can be even more technical and time-consuming, to say nothing of frightening for all involved. Immigration law can have some benefits to children; for example, establishing a relationship with a U.S. citizen father effectively grants that child legitimate status in many situations. However, it can also cause problems - for example, while it is not necessarily the aim of the policy, it is more common than one might think that U.S. citizen children are left behind when their parents are deported. It can also affect a custody determination - an Illinois court will consider immigration status of the parents in determining the best interests of the child.

One does not have to be an immigration attorney or have immigration knowledge to be able to understand how it interplays with family law. If you have questions about your family status or custody issues as it relates to your immigration status, contacting an attorney can be of help. The skilled Kane County family lawyers at Shaw Sanders, P.C. can help you handle questions and issues that can affect your and your family’s well-being. Call us today at 630-584-5550 to set up a consultation.