Can a Parenting Plan be Modified in Illinois?

Posted on September 06, 2019 in Child Custody / Allocation of Parental Responsibilities 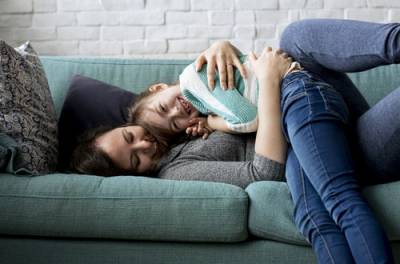 Instead of classifying types of child custody as “joint” - between two parents - or “sole - between one parent - the state of Illinois practices allocation of parental responsibilities. This means that during a divorce, the family court judge and the parents involved will set the terms of a parenting plan that decides who will be the main decision-maker for the children, what amount of time each parent will get with their children, and the rules for when a plan can be modified.

Generally, a parent cannot petition to modify a parenting plan for two years from the date the document was finalized. The Illinois Marriage and Dissolution of Marriage Act says that parenting plans can only be modified sooner if the child’s physical, emotional, and/or mental well-being is in danger. This can be determined through the enforcement of parental responsibilities.

How Is a Parenting Plan Enforced?

One parent can ask for a petition to check-up on the other parent if they believe the parental responsibilities are not meeting the expectations of the agreement. The parent who is accusing the other of negligence can fill out paperwork describing the evidence they have seen as to how a parenting plan is being violated.

Types of relevant violations include:

If the court finds sufficient evidence to suggest that a parent is not meeting the standards of the parenting plan, they can order family counseling and physical education programs to better educate the parents. They can also decide to modify the parenting plan before the two years are complete.

The non-compliant parent can also be responsible to reimburse the other parent for missed parenting time and other expenses paid due to inconvenience.

How Is Modification Decided?

After a parent brings their petition to family court, the judge will look at all the evidence and the past history of both parents. Then, they will decide what is in the best interest of the child. As a child grows, its needs change and if one parent was deemed a better fit early in the minor’s life, that does not mean they will still be the best fit later on in life.

Questions that are most important when modifying a parenting plan are:

Above all else, a court will make its decision based on the child’s best interest. They will not let a child continue to live in a house where there is abuse, neglect, and/or extreme dysfunction between parent and child relationships.

If you or someone you know is considering modification of a parenting plan, hire a lawyer from Shaw Sanders, P.C. to advise and give you guidance throughout the process. To schedule a free consultation with a Kane County family law attorney, call 630-584-5550.